Free Shipping in the UK

Flash Sale 20% off everything
Our blog

Should I wear a helmet
on my bike or scooter?

This is a question that people all over the world, especially if they're new to riding, ask themselves as they head out the door. The fact is that in most places, including the UK, you don't have to wear a helmet on your bike or an e-scooter.

The decision to put one on is almost always a personal one. There's another Newlane blog here, explaining the legal position on helmet usage around the world. 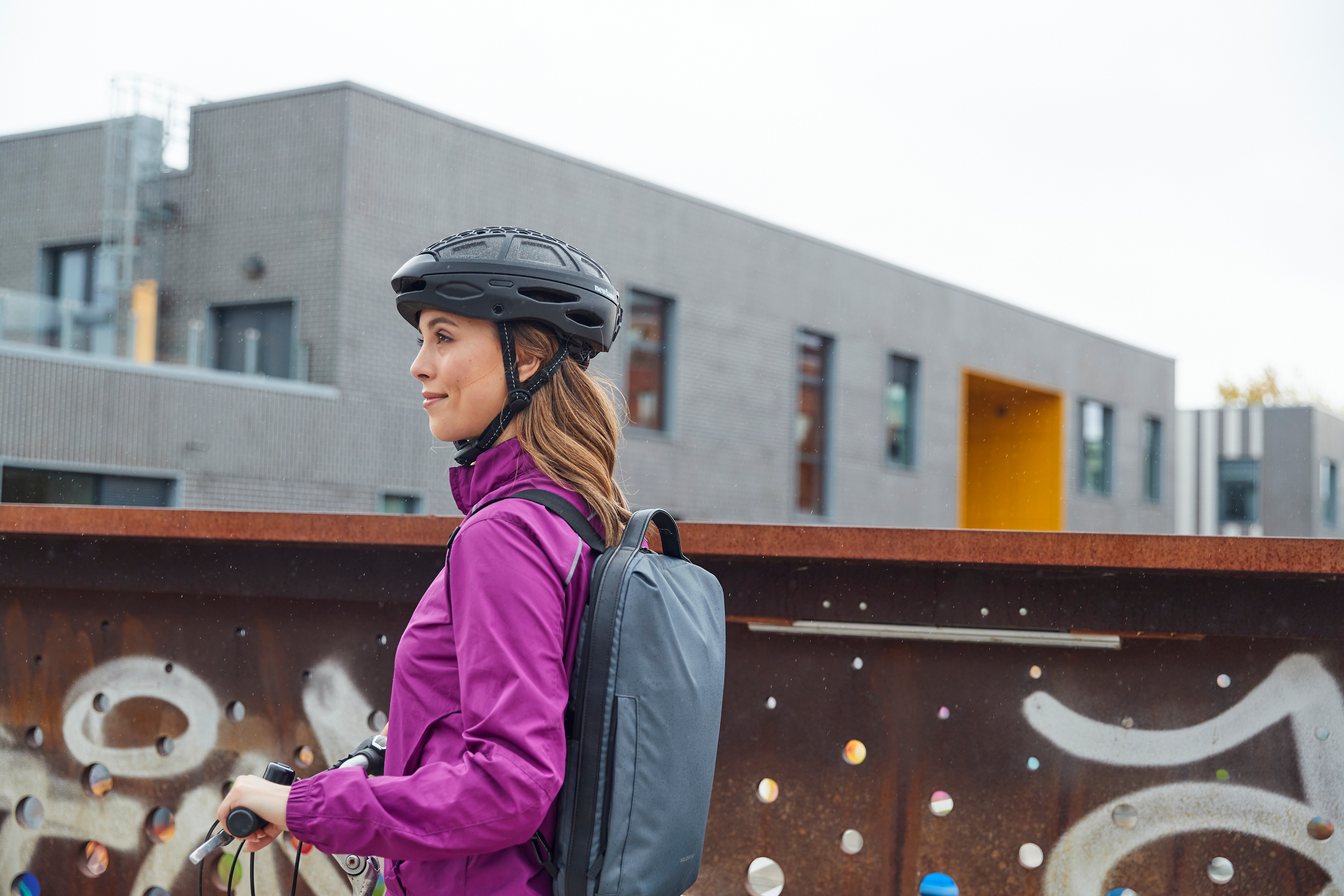 How many riders choose to wear a helmet?

As you might expect helmet usage varies significantly from country to country. Most research suggests the number of adults choosing to wear one is around 30% of regular riders.

One European study from 2020 identified London as a helmet hot-spot. It found 61% of riders in the UK capital choose to protect their heads which is twice as many as in Vienna, the city with the second highest number of helmet users on the continent. The research group involved went on to point out that they found a "link between a bicycle-friendly infrastructure and the rate of helmet-wearing." Urban planning is clearly another key factor when it comes the choices people make.

So do helmets actually protect riders?

While there are some who contest the value of wearing a helmet, the vast majority of research shows that if you're involved in an accident, having your head protected could well save you from serious injury or worse.

The most recent major global study into the effectiveness of bike helmets involved 64,000 cyclists from around the world. 'Bicycle Injuries and Helmet Use' found that wearing a helmet reduces the risks of a serious head injury by nearly 70%. It also concluded that neck injuries aren't associated with helmet use and that riders who wear them lower their chance of a fatal head injury by 65%.

Another study published in 2019, analysed more than 75,000 cycling injuries. It found 78% of adults and 88% of younger riders who suffered head and neck injuries were not wearing helmets at the time of their accident.

It's these kinds of studies that have led many government and public bodies to encourage riders to wear a helmet, even if the vast majority haven't put legislation in place to make it mandatory. 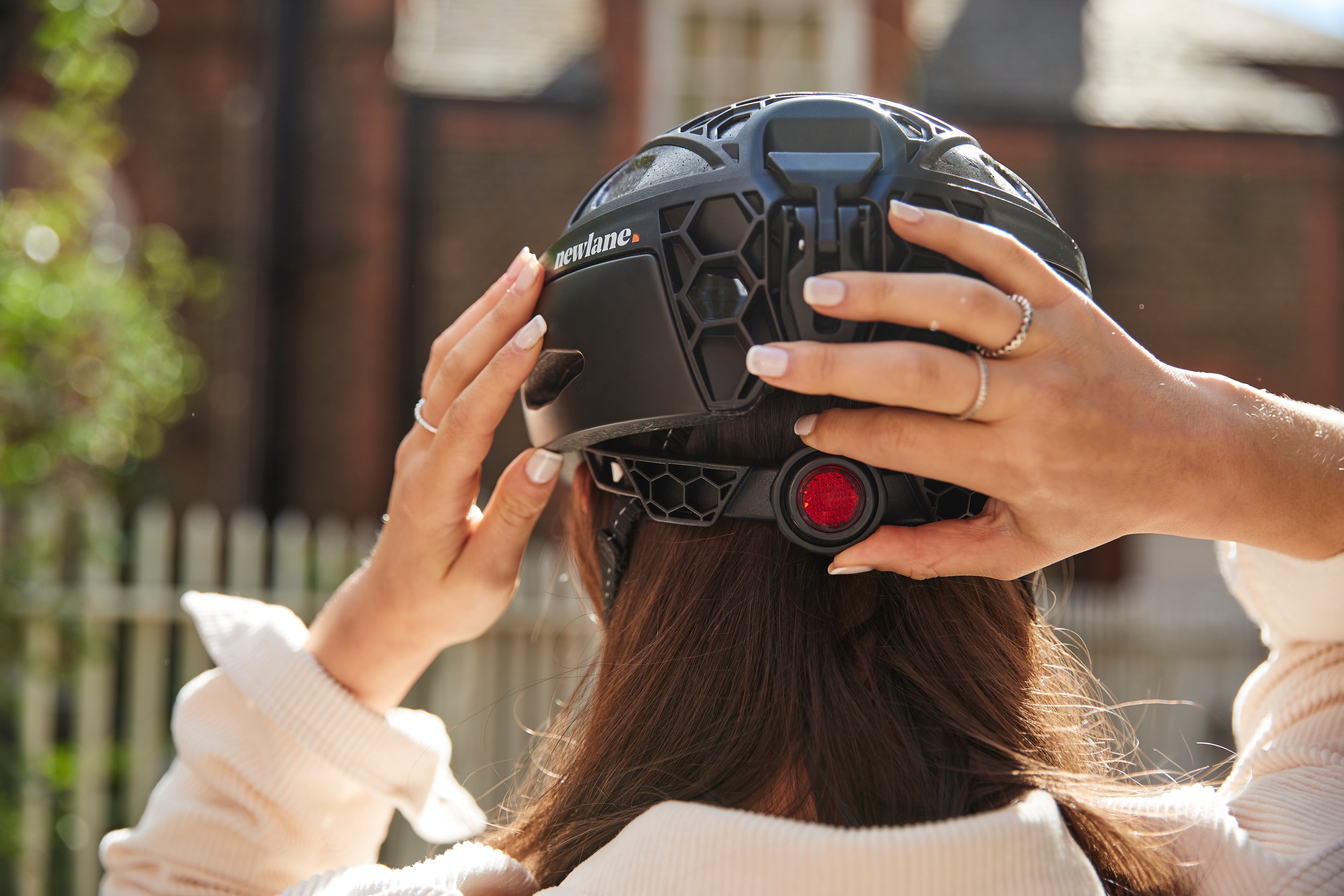 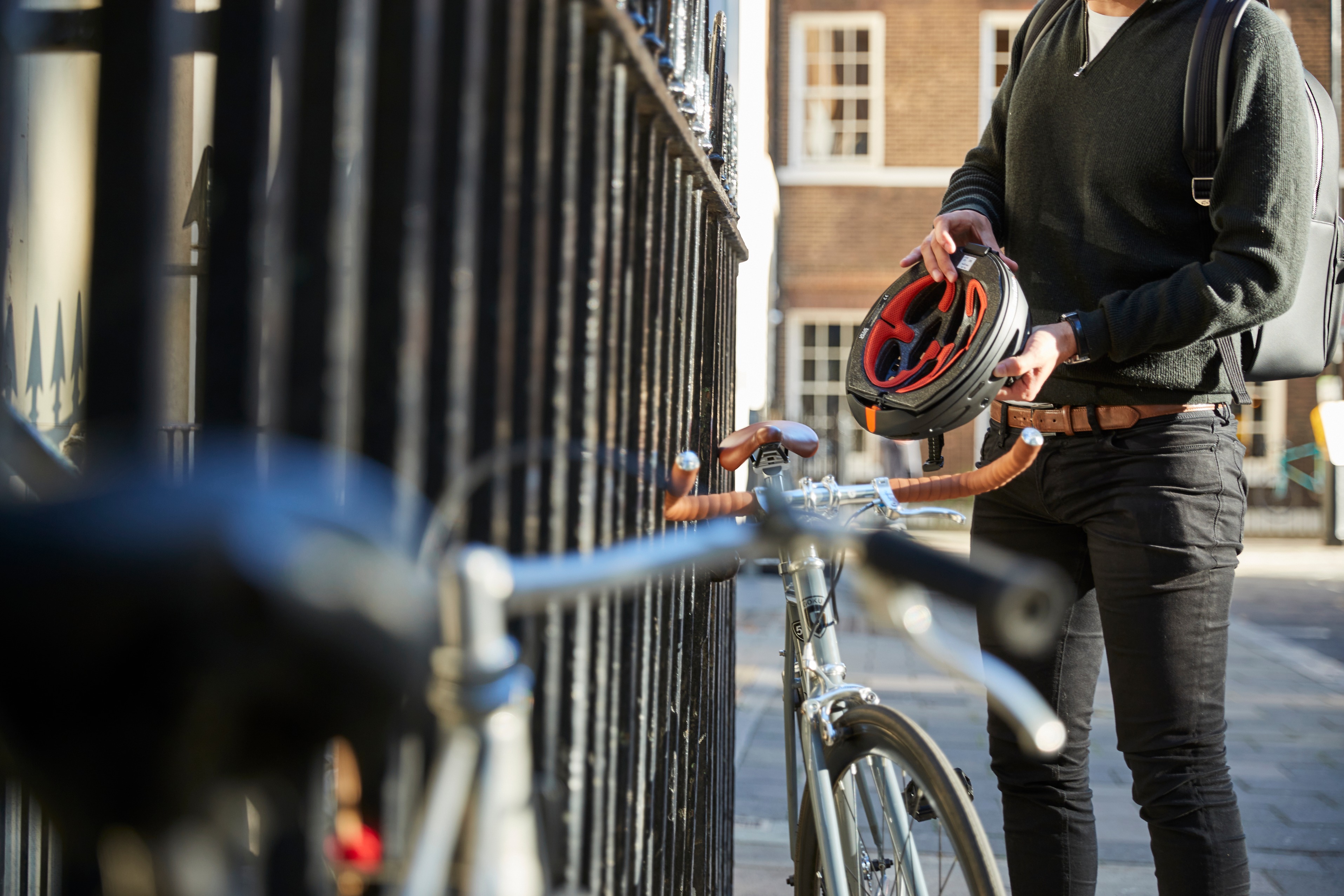 At Newlane we certainly aren't calling for helmet usage to be enforced. This would be contrary to the freedom that getting onto two-wheels is all about. It may also lead to a reduction in the number of people who choose to ride.

We do however believe people should be able to protect themselves without the hassle of having to carry yet another thing around with them. That's why our innovative new helmet has been built around a patented Flip Clip system, which provides genuinely convenient protection. The Newlane Helmet - it fits in your bag and into your life! Could it be time to re-think your commute? 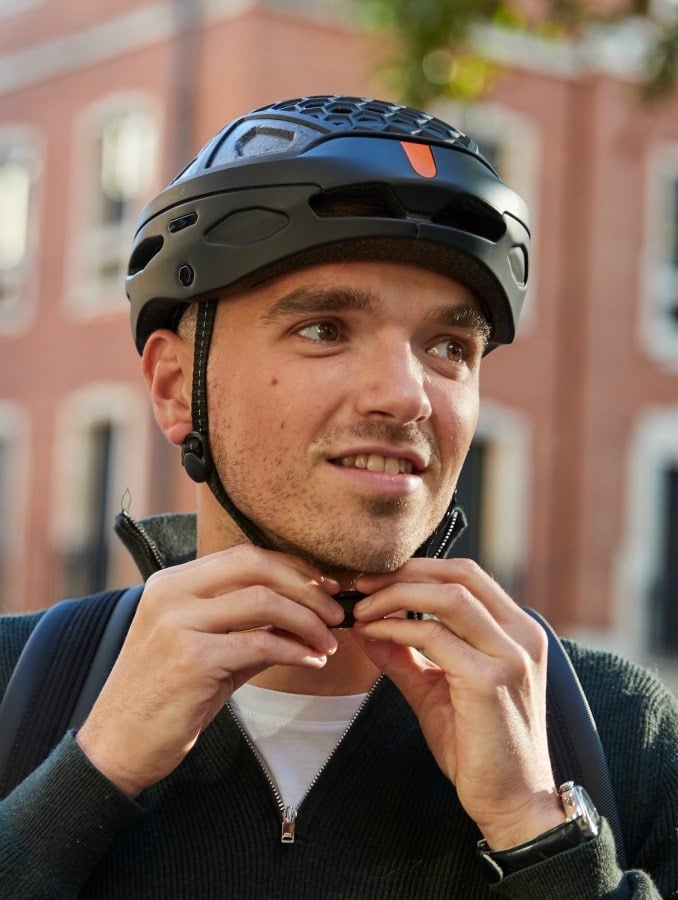 Launching soon! Get on our list and be the first to own a Newlane Helmet.

Once unpacked, place the helmet on your head. Then push it down ensuring it’s level, about 1-2 cm above your eyebrows. It is important the helmet doesn’t tilt forwards or backwards.

Use the back adjuster to complete the fit. Turn the disc around the rear reflector clockwise to tighten or anti-clockwise to loosen.

The Newlane Helmet should feel snug yet comfortable. The extra foams can be used as necessary, depending on the shape of your head.

Tighten the chin strap ensuring the ‘Y’ where the straps separate fits just below your ears. The Fidlock buckle should be fastened under your chin. The straps should be secure without feeling too tight.

Place the helmet on your head, push it down ensuring it sits level 1-2 cm above your eyebrows and does not tilt too far backwards or forwards. The helmet should feel snug but not constricting. Use the comfort pads to adapt it to your size.